is a British graffiti artist and a political activist

A   slideshow in the First Post    Banksy on Flick'r Gallery

On October 21, the latest Simpsons episode will show an intro

"It's the first time an artist has been invited to storyboard part of the show and when you see it, you'll be shocked that he made it past the network executives.  Amazing, quite dark, and incredibly complex." WoosterCollective says... and they're dead right !

Watch ITV short report - Though the picture is identical...

the video is different  :-)

Actually the artist had already sprayed a parody of the Simpsons : 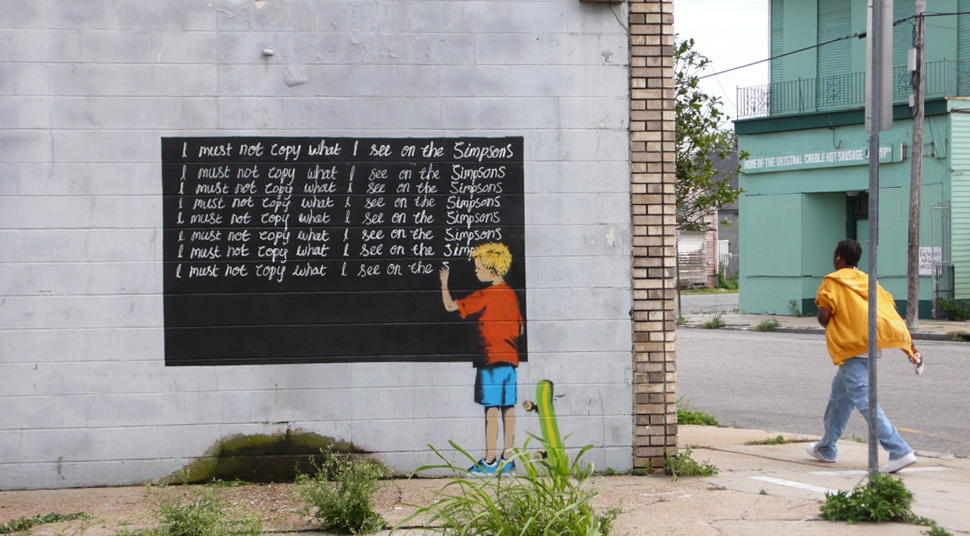 In conclusion, here is an 08'03" video I found on YouTube channel. Actually it is rather a slide show which displays numerous spray paintings and graffiti he made in many countries. I hope you'll like them -I think they're worth watching :-)

Well... this short trip throughout Banksy's sprayed art and ideas is over... for now ! I hope you've enjoyed it and you'll find these websources useful  : don't hesitate to send your feedback in a comment :o)