Understand & learn with a few illustrations !

Here ⇓ you can see the reactions of these regions inhabitants 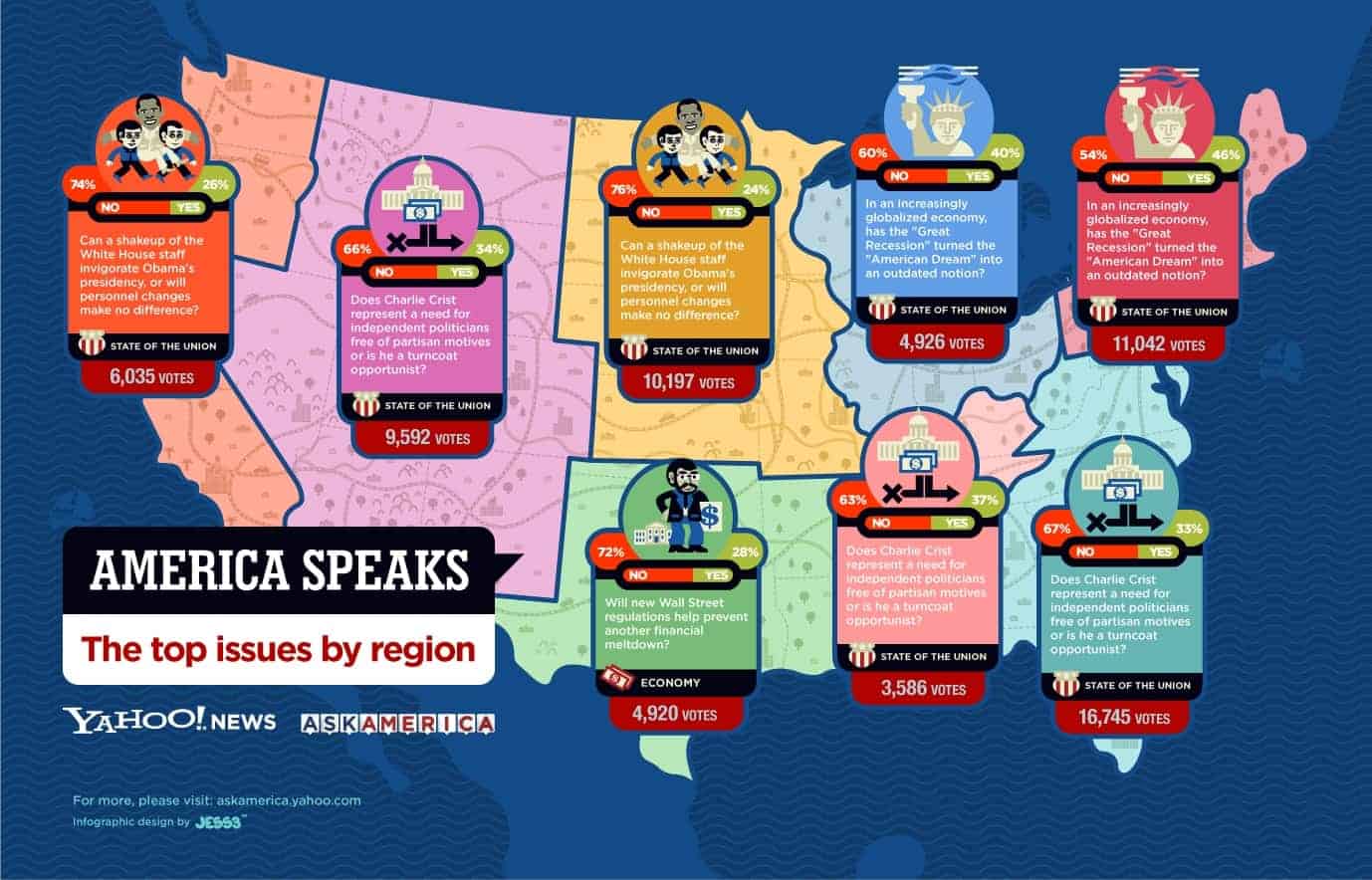 to a few questions on the election issues :

- The consequences of a reorganization of the White House  staff on Obama's policy.

- Are Charlie Crist's motivations sincere... or is he an opportunist ?

- Has the notion of "American Dream" been knocked out by the Great Recession in a globalising world ?

This infographic ⇑  shows the Americans' reactions nationwide to questions on seven major issues (more than 1.6 million answered the  survey.) :

The midterm elections give the American voters the opportunity to have their say on both the Senate and the House trends. 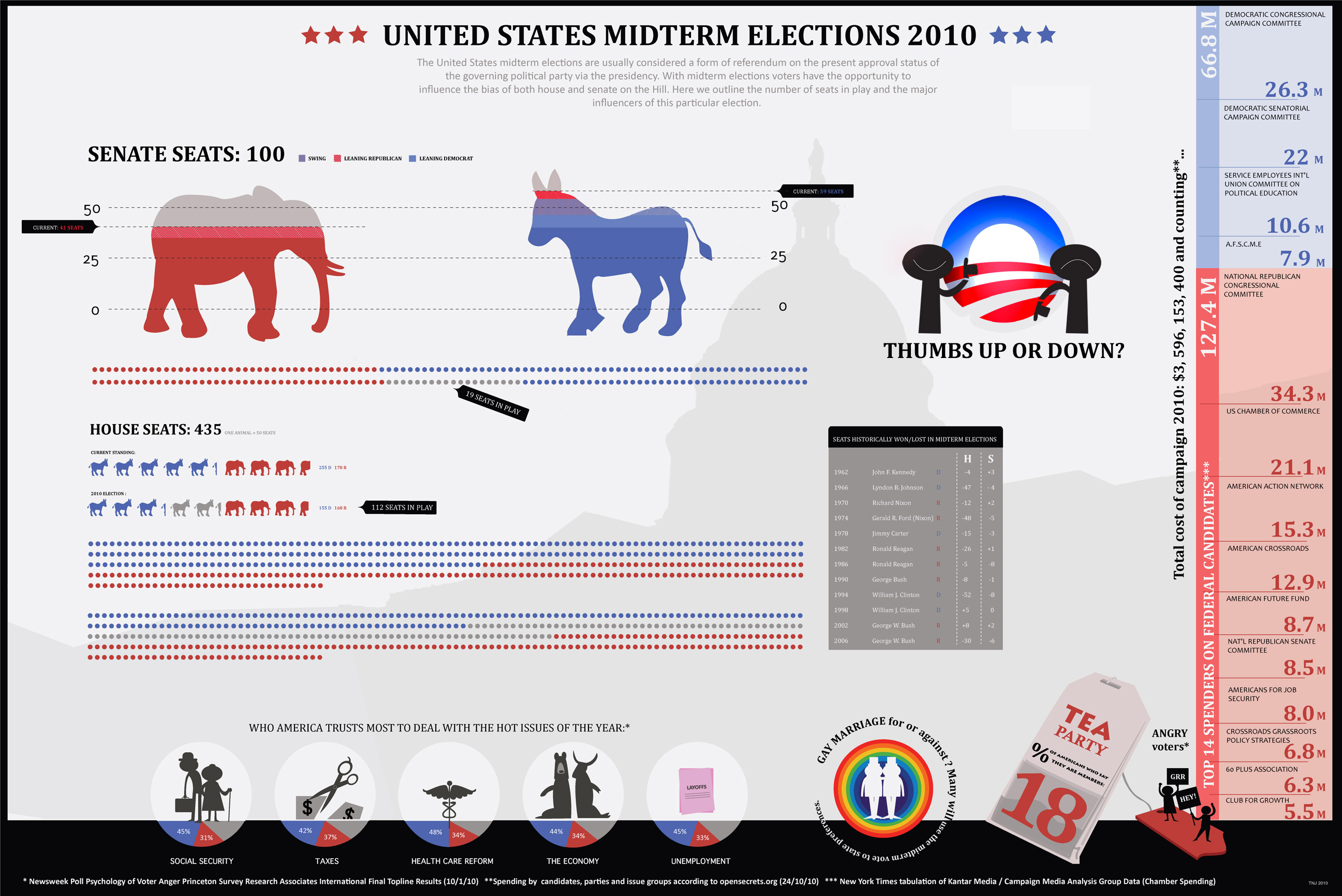 This infographic gets you to visualise what is  at stake : the first two graphs show the Democrats (their symbol is a donkey, but it's not on their new official logo) and the Republicans (their symbol is an elephant)  seats at the Senate. Some are leaning seats : seats leaning towards one of the 2 parties (= seats favouring one of the 2 parties).   [still in progress]