This silent animation reviews mere moments in 'A Slice of Life' : smiles, tinged with poetry ;)

Below, the 'food artist' explains how inspiration gets him to invent such funny little creatures :  Terry Border's interview iillustrates how to make food look look artistic :o)

The first illustration -on the left- points out data and statistics about Hallowe'en crimes. The second one, -on the right- shows that not only does Halloween mean tradition and culture, but also.. making money !

Would you like to know how much people spend on costumes and which ones are  trendy  in 2011 ? What are the worst or best places in the U.S.A. for "trick-or-treating" ? To get the answers -and a lot more, click on the illustration on the right to view the full-size infographic and its data. If you're nod afraid of viewing creepy facts and figures you can click on the illustration on the left : you'll feel as if you were shooting an episode of 'CSI' TV series... besides, you'll practise specific vocabulary !

But Hallowe'en's Eve is not tonight... not yet ! Till then, this slide show displays a series of Jack O' Lantern carved pumpkins

Scary, creepy, funny, dazzling, weird... all of them are most original.
You can learn about "The legend of Jack O'Lantern" <<  here !
Partager cet article

Food and cooking are part of a country's culture -it can even get artistic !

From today on, they deserve a specific category on this weblog...

Let's start with a recipe I found on VIDEOJUG :

Hallowe'en usually gets us to carve those poor pumpkins, again and again...

Hum... why not have them baked instead ?!

I've just taken it out of the oven -it smells terrific

[minutes later] now we can testify it's good too, but you should wait a little longer... for I've burnt my tongue

If you're not used to cooking / using the oven, you must ask your parents for help...

note them down in your LEXIS recaps for you to start learning them.

How WIND POWER is harvested

to create power (and curse it for giving them bad hair days). [...] By  harvesting the wind’s power, we are able to create electricity using wind turbines".

Before Autumn Holidays, you finished studying documents and a video about wind turbines. Check out the infographic below : it illustrates how wind power is collected to generate electricity ::

The Bald Eagle is the bird symbol of the U.S.A. 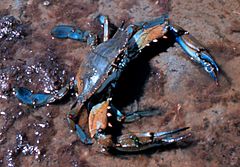 The Blue crab is the crustacean symbol of Maryland   -more specifically, of   Chesapeake Bay.

As it is both a predator and a prey, it is a keystone species.

you'll get further information on the crustacean on the Chesapeakebay website.

(1) : actually, there are several symbols for each state ! Online social media tools can also be excellent tools for teaching and learning and can provide exciting, new opportunities for schools to engage, communicate and collaborate with pupils and the wider community. [...]"

The importance of proper pronunciation :)

understanding one another may get difficult !

On Facebook, you can feel as if you had loads of "friends".

This is likely to be considered a 'pro'-Facebook argument -guess so.

The infographic below displays some cons though -on a loooooooong wall :

The visual deals with...

to get full details

How to... describe & analyse VISUAL DOCUMENTS

Here is a RECAP to help you...

... describe and analyse a visual document : a photo, a painting, a drawing, a cartoon, a still, and so on...

Click on the PDF logo to get the RECAP sheet

You will need a password : it's the number of the classroom you were in this afternoon !