"English is big business and languages are dying as never before.

Is there a connection ? Is this another manifestation of McDonaldisation – the undesirable face of globalization ? Do we want to lose the variety of languages and all the rich culture that comes with them ?"

"Longtime English teacher Patricia Ryan asks a provocative question : Is the world's focus on English preventing the spread of great ideas in other languages? (For instance: what if Einstein had to pass the TOEFL?) It's a passionate defense of translating and sharing ideas."

Do you consider yourselves "Mac", "PC" or "neither" persons ?

'Hunch' used statistics based on more than 80 million responses to "Teach Hunch About You" questions : they were given by about 700,000 users of the website Hunch.com  -between March 2009 and April 2011.

Among these answers 388,315 answered the question "Are you a Mac person, or a PC person ?"  A series of differences were outlined in self-identified PC and Mac people : those responses have been crossed with answers to other questions (among the 2,000-question question pool). The infographic eventually shows the various findings...

Who will be the future King ? -AUDIO

she'll tell you about who is likely to be the next King  -and why...

Now you can answer the QUIZ

Focusing on the Royal Wedding : 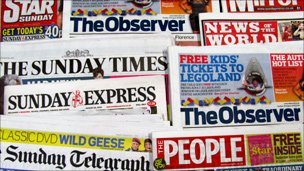 The map below ⇓ shows the royal wedding route :

What do the Americans think of the whole buzz ?

Here are a few questions ⇓ from a New York Times/CBS news poll :

As Catherine Middleton and Prince William are to marry in 3 days (April 29)...

let's view a few pictures of the British royal weddings that not only fascinated the British crowds, but also the rest of the world... throughout the 20th century and now into the 21st  :

Oh woe is me

The costs of Education -2 INFOGRAPHICS

The Monopoly-like board below displays the main costs of education  -other than tuition fees :

The infographic below is a bit more comprehensive in showing the various costs pertaining to College :

It was designed by Jason Powers

A couple of pencil-outlined birds escape from a little girl´s drawing and lead us through the life she dreams of...

The little girl's dreams are  tinged with romance and unveil an ideal world full with clichés... Still, the short animation is quite nice : a pretty graphism and its quietening music give it a relaxing pace  :-)

Procrastinating in a monotone -a clip

Remember the  >>> a  nimated clip on "procrastination" ?

Compare it with the clip below :

Focus on the video clip voice sound : contrast the author's voice with the voice in the previous clip (September 11)... What is the main difference between the two ways of speaking ? What effect does it have on you ? Do you think the author made it on purpose (why) ? Do you enjoy it ? Why/why not ?

The infographic below was based on a survey among 400 Americans :