Click on this overheated planet ⇑ to see the illustration you will study.

Click on the PDF logo ⇑ to get the Worksheet and your writing  task.

This article from 'Simple English Wikipedia' ⇑ may be of some help :o)

Click on the radio logo to listen to the file :

The news tells us about a huge farm that will be built in South Africa's Northern Cape region. The project might eventually meet up to 10% of South Africa's energy needs. The project is to be managed by the U.S. engineering firm 'Fluor' ; it was based on a viability study by the 'Clinton Climate Initiative'.

Northern Cape - map released in the Public Domain by Htnol

... deals  with  the   charges of  elitism the free online  encyclopedia has to face... and other troubles !

"The story of electronics" -VIDEO

"The Story of Electronics [...] employs the Story of Stuff style to explore the high-tech revolution's collateral damage—25 million tons of e-waste and counting, poisoned workers and a public left holding the bill."

"Host Annie Leonard takes viewers from the mines and factories where our gadgets begin to the horrific backyard recycling shops in China where many end up. The film concludes with a call for a green 'race to the top' where designers compete to make long-lasting, toxic-free products that are fully and easily recyclable.
Their production partner on the electronics film is the Electronics TakeBack Coalition, which promotes green design and responsible recycling in the electronics industry."

to get the vocabulary sheet.

How long did it take ?

Barack Obama's historic election as the first black president of the U.S.A. was the result of a process that had started long before, with the previous elections of black men/women to civic & state political positions. Patrick Garvin wondered "If it took 220 years to elect a black president, how long did it take for black men and women to get to other positions?"... hence this infographic ⇓ timeline. 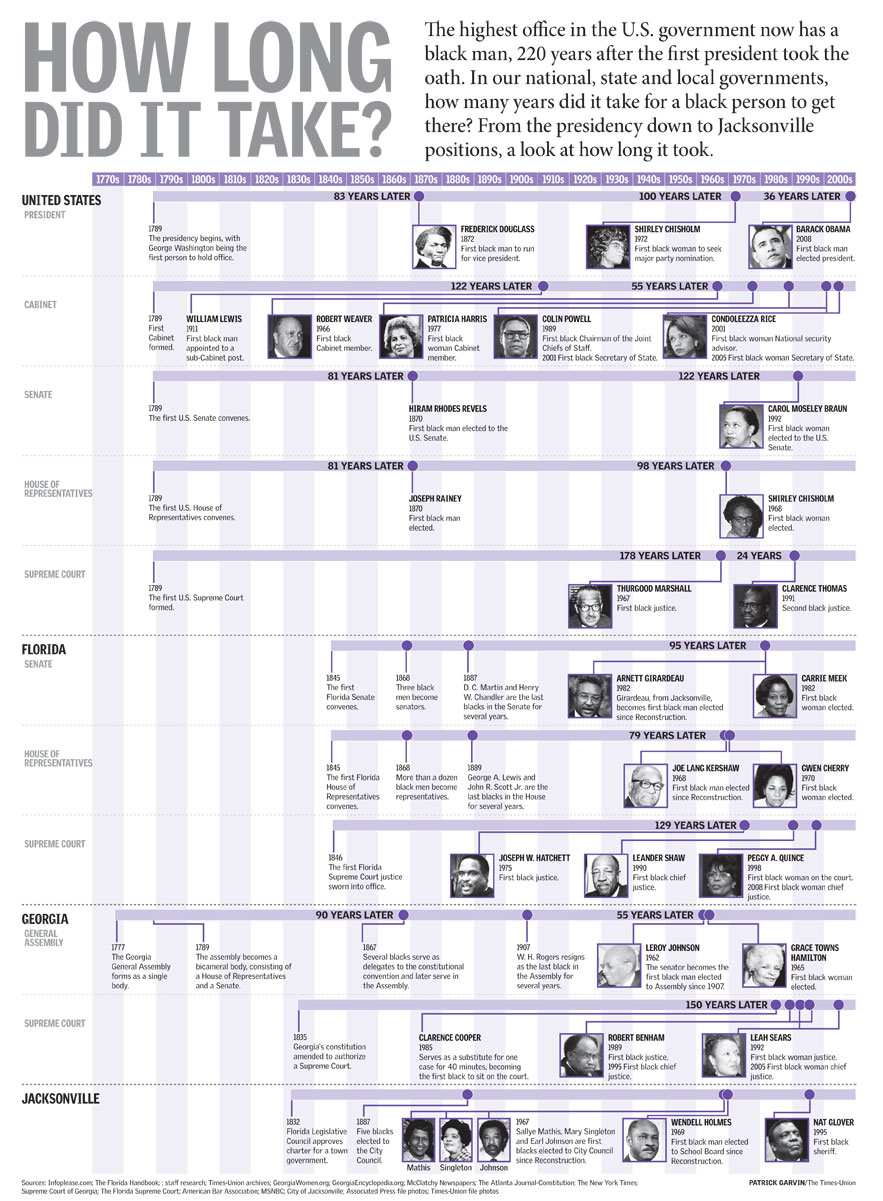 Click on the illustration to get the full-size infographic

includes a great deal of acronyms

...displays most of the common ones... hope it will be of some use :o)

This episode tells Dahlia Brinkley's visit to Springfield Elementary School. Dahlia is the only Springfield Elementary graduate ever to enter an Ivy League college. This gives Lisa an inferiority complex because she is not involved in as many extracurricular activities as Dahlia was ! Therefore when the coach of Bart's Little League baseball team ("the Springfield Isotots")  resigns, Lisa tries to replace him... in order to extend her curriculum.

If your Internet connexion is a bit slow, I suggest you launch the video ("play")

then "pause", until the complete video is buffered (buffering the full video

might take a few minutes)... before you play it !

The American use of cell phones

...was analysed by "Pew Internet" : they released a study which showed that if 65% of the American adults regularly use text messaging in September 2009, one year later 72% of them do.  The study also pointed out 90% of 18 to 29-year old sleep with their cell phone 'on' whereas only 34% of 65-year old do it. Today the American teenagers text 50 messages a day on average : it's 5 times more than the average 10 text messages sent/received per day by adults !

Other   interesting   pieces   of   information [just click ⇓] are illustrated below :

"Cell phones and American adults - They make just as many calls, but text less often than teens"

Click on the purple folder & read the full report below :

is an infographic that illustrates the Americans' changes

[click on the illustration to get the full-size picture] 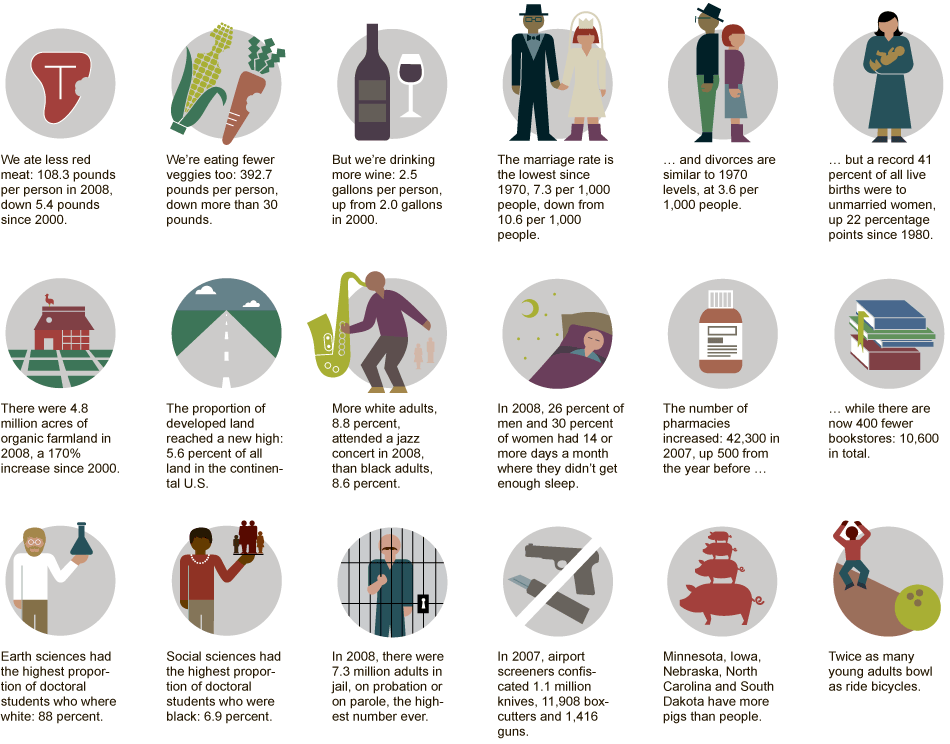 Can you guess which of their habits has increased... so that it makes them look a bit more like the French ?? Below, you can also read the related article from the NY Times, by Sam Roberts (January 7, 2011)  -it is rather short :