What kind of pet-owner are you ? | Grammar ~ Writing ~Fun

This flowchart's quite funny, and it's also useful to practise modal auxiliaries (If you like furry tails, you must / you should / you could / you can't...), negative forms (People who can't stand cold blooded animals will not / are not going to /...) -and specific vocabulary too : you can revise and improve it by finding other animals in the same category/species as the ones pictured on the illustration.

Last, but not least, more advanced learners may train their writing skills...

Caldwell Tanner's flowchart pretends (1) dogs are "companions", while cats (or rabbits, hamsters...) are "roommates you have to feed" : do you agree with him ? Why (not) ? Explain your answer and illustrate it with examples :o)

(1)  Beware, "pretend" is a false friend to French learners -check it !

The infographic below plainly explains 15 of the common goofs  you happen to make when you write. Scroll down the infographic (be patient, it's quite long) and check if you need to correct some of them.

Focus on this history of the saint patron of Ireland :

Then test your listening comprehension and answer this

Tomorrow -on March 17th, you can also choose some typically Irish recipes, and prepare tasteful surprises for your family and friends : you can find loads of them by searching the Internet.

Some of them are delicious -some others are a pleasure for the eyes as well... Click the picture below to discover the The name "leprechaun" may have various origins : from the Irish Gaelic word "leipreachan", it means "a kind of aqueous sprite". It also could be from "leath bhrogan", which means "shoemaker. It's the Irish term for a supernatural race in Irish mythology and Scottish mythology -comparable to fairies or elves.

Some folk traditions hold that leprechauns are descendants of the Tuatha de Danann. According to the Book of Invasions, when the Milesians came to Ireland they conquered the Tuatha de Danann and forced them to live underground (this connects them to the aes-sidh.

to practise the prepositions of place

This infographic tells us about the 20 most common Irish family name.

You'll find their meaning, their Latin motto (+ English translation), where in Ireland they are more commonly located, and a few facts about their history and origins... most interesting !

The infographic was created "by the people at GoIreland.com" (former #1 accomodation booking engine).

The video displays places and events we currently consider typically British : hence a series of corresponding sounds, such as tea pouring from a tea pot  :o) 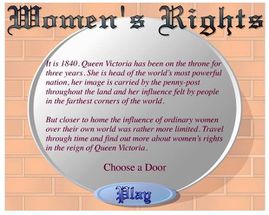 THE IDEA OF PROGRESS

The Daily Telegraph TECH news reporter Miranda Prynne tells us about the top emerging technologies : a top ten list has been composed by the WEF (World Economic Forum) : each innovating technology was selected for its actual "positive impact on the world".

Here's the full list of the top 10 emerging technologies :

Would you reorder the ten technologies differently ?

x sentence for each idiom.

Have a glance at this map :

it's a map of the Literary United States of America !

The map was created by Geoff SAWERS and Bridget Hannigan, and dealt with by Simon GARFIELD "Mapping America Writers", an article from  The Economist 's Intelligent Life website (November 2012).

Nowadays word clouds allow us to create any kind of picture-shaped meaningful groups of words. Computers help us do them, but... literary maps aren't recent ! The literary map of Wales

was created by Geoff Sawers and Gwyn Tudur Davies

Mind that the authors' names are not randomly located on the map : as Simon GARFIELD explains in his article, as for the U.S.A., "The project exposed literary trends : a tight concentration of old-school stars in the east, and of younger, more experimental writers spreading, pioneer-style, westwards."