Earth Day was founded in the very end of the 1960's
The idea started developing in September 1969... ...and in April 1970, the first Earth Day gathered millions of American protesters !
Click on the satellite image of our planet
to find out about Earth Day in wikipedia. 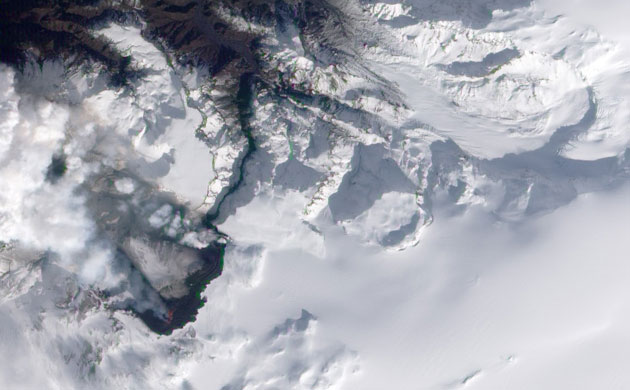 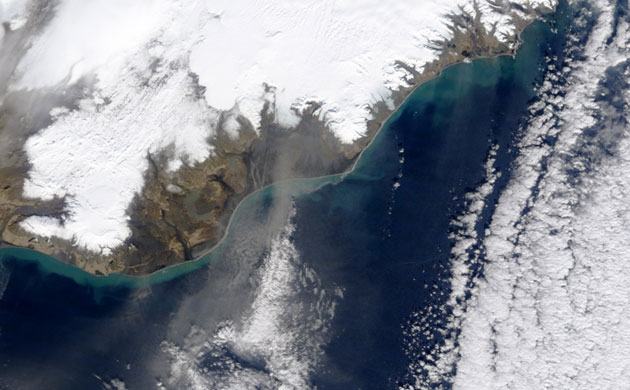 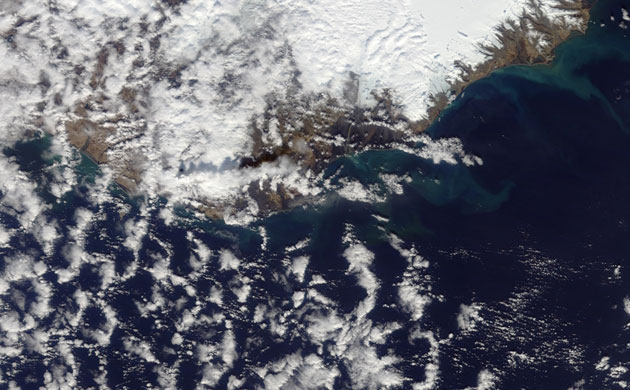 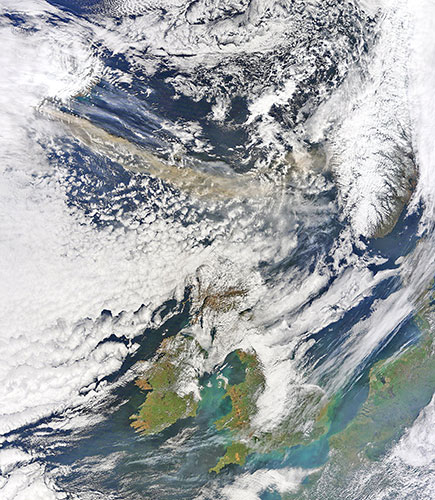 The exact composition of the Icelandic volcano plume is not known precisely ; "the pollutants of greatest concern to human health in plumes from volcanoes are normally mineral particulates, sulphur dioxide (SO2), fluoridic acids and hydrochloric acid". 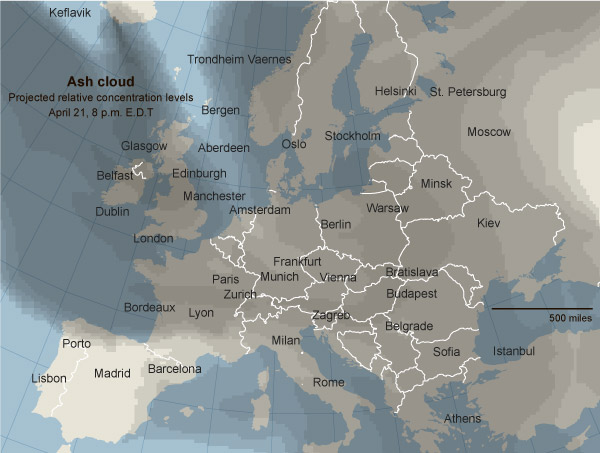 Forecasts predict the volcano plume should disperse as on the map below :

substance, that rises up into the air your own lantern
to see better tonight
Partager cet article

... or shall we discover new words for the snow storm that hit some Eastern American states ?

Suppliers of the satellite picture above : NOOA, NASA & the OSEI [Public Domain]
In the beginning of his speech on February 6 at the Democratic National Committee Meeting, President Barack Obama baptised the storm  snowmageddon, comparing its effects with the Armageddon aftermath...
Besides, the  Urban Slang Dictionary already names such storms  snowpocalypses !
How about contemplating an immaculate Washington ? Here it is, on the video :

Mark Twain's conclusion would have been "everyone talks about the weather, but no one does anything about it"!


aftermath = the period which follows an unpleasant event or accident,
and the effects which it causes
Partager cet article

7 weeks after the end of the Copenhagen Summit,

watch this video clip in which Leonardo Di Caprio is prompting us
to act :

He suggests every American should spread the news about the 'Clean Energy' Bill, and make his Senators vote for it.

Copenhagen Summit delegates and experts
interviews and videos  24/7
I know it sometimes goes  pretty fast, but every now and then, listen to them so as to train your ears... You'll discover the more you listen, the more you understand  :o)

The former vice-president of the U.S.A. (also film-'star' of  "An inconvenient truth") suggests 15 possible ways of reducing climate change... now !
The man who called himself the "former future President of the United States" presents these plans with humour and humanity.


Not only does Al Gore's speech sound quite articulate and easy to catch, but you can also activate English subtitles to understand it even better.  [Nah... you are not going to put the French subtitles on, are you ?! Too easy : it would be no fun !


A 2-minute version of the Google Earth Climate introductory tour


View the potential impacts of climate change on our planet Earth :
find out about possible solutions for adaptation and mitigation,
ahead of the UN's