was included in a recently issued request for proposals to companies interested in creating new versions of tests given to New York City students. [These tests aim at measuring progress in  English, math, science and social studies throughout the year.] These words  -topics-  should now be deleted from city-issued tests, an edict issued by the city’s Department of Education says, for fear...  "the words could 4appear biased4 or 4evoke unpleasant emotions4 in students".

Piers Morgan used its "Only in America" segment to discuss New York City Department of Education's intention to ban the 50 words from standardized tests.

actually... it's for the STUDENTS' Lounge too !

on evaluating, skills... an overview of the French School system : a series of videos.

Above, my notes on the first video.

Considering the future of READING

"Considering the Future of Reading : Lessons, Links and Thought Experiments"

Many of you may not know the novel yet -nor the film :  the official website SYNOPSIS  and the 'traditional' WIKIPEDIA article on "The Help"  are a good start.

You may also READ the first pages of the novel, and  LISTEN to the corresponding audio file  on the U.S. Penguin Books website.

Kathryn Stockett was interviewed by 'Time'  in November 2009 : the document may be compared with excerpts from the   CBS videointerview

The book has been warmly praised : 'The Huffington Post' article "The Help : Kathryn Stockett's Controversial Hit"  is all the more worth reading. Jessie Kunhardt's article highlights controversial sides and refers to various press articles (+ URLs) : the Washington Post's, the New York Times', etc...

In the 'New York Times' Janet Maslin deals with " Racial Insults and Quiet Bravery in 1960s Mississippi" -the article was issued on February 18, 2009.

Thanks to G. Segrestain, the colleague who sent the  >>  SCRIPT of the film  URL -another good start ;)
"Civil Rights through a soft focus lens in 'The Help'" was written on August 10, 2011 by Karina Longworth on the Villlage Voice website ('Movies' section). You'll also find "Kathryn Stockett'southern discomfort" by John Barber  -issued on the 'Globe and Mail' on May 07, 2011.
The Metacritic website  also reviews the film assets and flaws....

The rise and fall of Jim Crow -also a PBS series- to get more on the Jim Crow laws mentioned in the novel. (interactive maps, tools & activities, a section for teachers, etc...).

The British cover of the book you can see on top of this article couldn't be released in the U.S.A. for it was considered too controversial. Here is the one that was chosen instead : 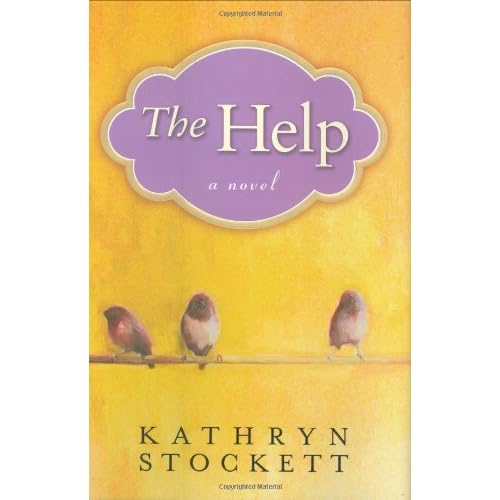 ESL students might analyse and compare both book covers and have to explain the American publishers' choice. They might also write their own back cover (and possibly illustrate their own too !). Online social media tools can also be excellent tools for teaching and learning and can provide exciting, new opportunities for schools to engage, communicate and collaborate with pupils and the wider community. [...]"


by Nick Peachey  -shared under the CC BY-NC license

"English is big business and languages are dying as never before.

Is there a connection ? Is this another manifestation of McDonaldisation – the undesirable face of globalization ? Do we want to lose the variety of languages and all the rich culture that comes with them ?"

"Longtime English teacher Patricia Ryan asks a provocative question : Is the world's focus on English preventing the spread of great ideas in other languages? (For instance: what if Einstein had to pass the TOEFL?) It's a passionate defense of translating and sharing ideas."

"20 ways to teach about the disaster in Japan across the curriculum" :

(you need a free subscription to access the article)


"Kids have to have a reason to go to school -I've never met any child [...] who said 'I can't wait to go to school for test prep' " D. Ravitch says.
The Huffington Post : "According to Ravitch, the preoccupation with standardized testing and teacher bashing won't remedy the education crisis when poverty and racial inequality continue to plague schools."
You might also be interested in another video "In a new book, D. Ravitch recants long-held beliefs" & EDweek's article [Educational System -U.S.A.]
.
Partager cet article
Repost0